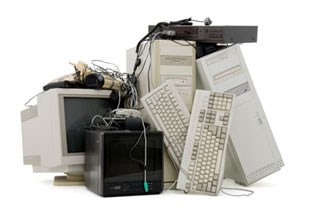 Often times I find that clients prefer to buy new computers rather than pay for costly repairs on old, broken computers.

And who could blame them? When you consider the low cost of buying a new laptop or printer, buying a new device and tossing out the old one is an easy decision for most people.

But the decision of how best to dispose of old devices should not be made lightly, as improper disposal of electronic waste (e-waste) has extremely harmful effects on the environment – particularly in developing countries.

Although the Basel Convention prevents the transfrontier shipment of hazardous waste from developed to less developed countries, several countries (including the United States) have never ratified the convention. As a result, millions of tons of e-waste is illegally exported to countries like China and Africa every year. 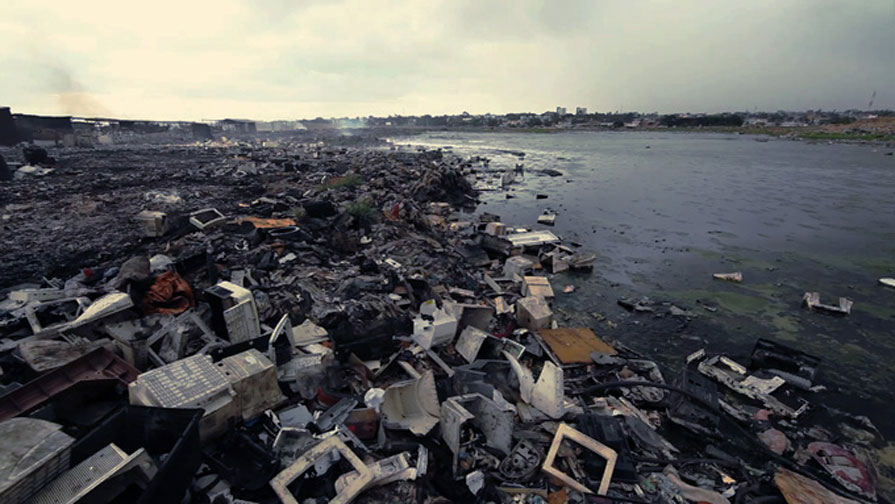 Agbogbloshie is a suburb of Accra, Ghana, known as a destination for legal and illegal exportation and environmental dumping of electronic waste (e-waste) from industrialized nations. Often referred to as a “digital dumping ground”, millions of tons of e-waste are processed each year in Agbogbloshie.

Before the arrival of electronic waste, the slum area of Agbogbloshie was once a wetland, referred to as Old Fadama or Ayaalolo. During the 1980s, it was a place of shelter for refugees from the Kokomba and the Nanumba war. It was not until the late 1990s that the landscape began to shift.

Functional second hand computers began arriving from the West to help ‘bridge the digital divide’. Ghanaians welcomed these donations, because these computers cost 1/10th of a new one. But as the turnover rate of electronics increased, the once benevolent act of donating used computers became corrupted: unsalvagable electronics started to be exported to Ghana in mass quantities.

Even in the United States, which has strict laws controlling the disposal of e-waste, it is cheaper to ship outdated and damaged computers to developing countries under the “donation” label than to properly recycle the electronics.

Over the past two decades, thousands of people have flocked to the Agbogbloshie scrapyard to strip and burn waste from consumer appliances and collect the valuable metals inside. 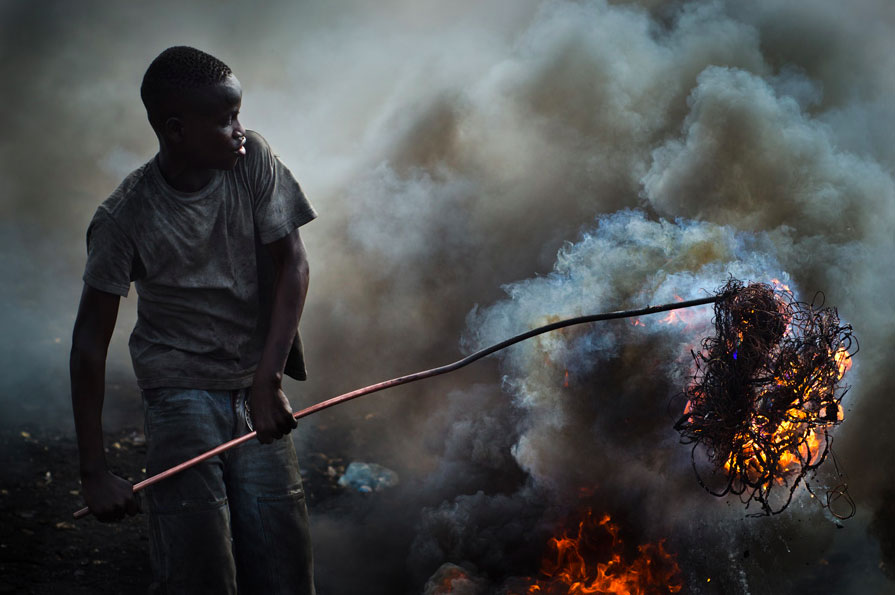 The waste processing emits toxic chemicals into the air, land and water. Exposure is especially hazardous to children, as these toxins are known to inhibit the development of the reproductive system, the nervous system and the brain.

When plastic, foam and whatever else comes into Agbogbloshie is set alight, it releases a melange of poisons, from greenhouse gases to mercury, cadmium and lead. A 2008 study by Greenpeace found that the concentration of metals such as these in the yard’s soot-laden ground is as much as 100 times higher than normal. Inhabitants often suffer from chronic nausea, headaches, chest and respiratory problems.

A study released last month names Agbogbloshie, Ghana as #1 on the “Top Ten Most Polluted Sites Worldwide” list (above the nuclear wasteland of Chernobyl, Ukraine, which came in at #2 on the list).

The intimate economy of Agbogbloshie is based on the electronic waste imports and the processing of these goods. Unprotected workers, mostly boys between 11–18 years old process the imports in search for metals, such as copper, aluminum and iron, to collect and sell. 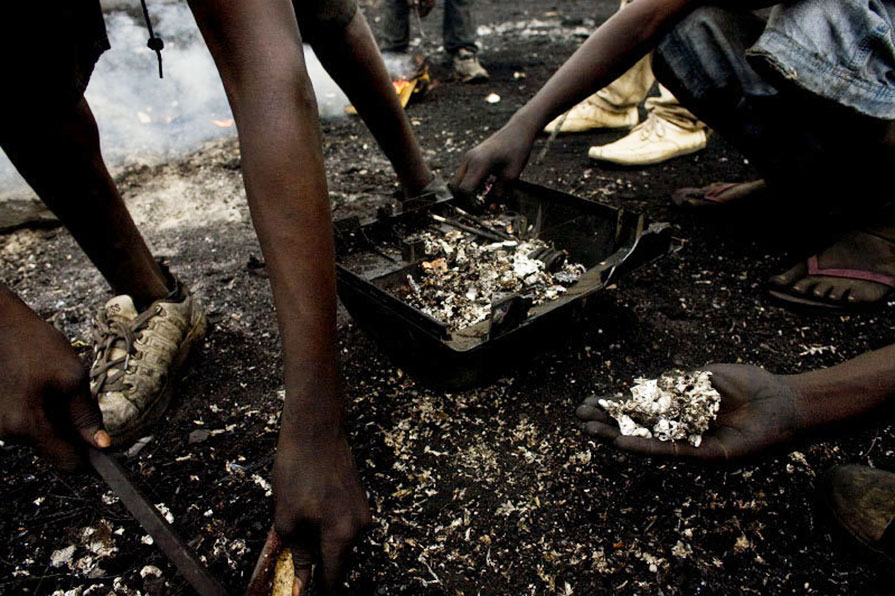 Those who rely on the scrapyard for their livelihood say they have few other ways to make money, even if the fires lit to remove metals such as copper and aluminium from their plastic casings belch cancer-causing smoke.

The workers, children and adults alike, sell the metal scraps to earn a living. A half a sack of copper or aluminium will sell for about 700 Ghana Cedis, amounting to about eight to ten Ghana cedis per day (4 to 6 USD).

There is hope that living conditions in Agbogbloshie will improve over time, as government agencies work to clean up the area’s polluted lagoon, and local recyclers find better ways to process the e-waste that continues to flood the region.

It is important for people in Western countries to know that discarded electronic devices are extremely toxic, and if disposed of improperly, there is a good chance that the e-waste will be dumped on a developing country.

I encourage everybody reading this to practice responsible e-waste recycling by only using a recycler that is R2 and E-Stewards certified, such as Komputers 4 R Kids.

Portions of this article appear courtesy of Al Jazeera and Wikipedia